Poisons – toxins – in products and processes exist in abundance. We call this toxic for the sake of simplicity. Companies and people are among the polluters, man-made toxic. Nature has natural toxins, natural toxins.

An informative list of toxic substances can be found at the Federal Ministry of Justice and Consumer Protection: Ordinance on Protection against Hazardous Substances. Professional associations also refer to these for occupational safety. In EU law we also find a sea of ​​regulations and directives. The UN recently adopted the Globally Harmonized System for Classification and Labeling of Chemicals (GHS). It is used to classify chemicals.

We need a degree in chemistry and law to understand all of this in detail. A public criminal record that is understandable and comprehensible for the citizen, similar to a catalog of fines in road traffic, cannot be found.

We prohibit the production and handling of toxic substances by law, directives and regulations. As a result, it is imperative for companies to keep these substances out of their production. Disregard must be subject to maximum penalties. The reactions of nature and humans to toxic substances are usually not reversible and cannot be reversed. Human death or dying in nature can result.

Does what we described above for the use of toxic substances also apply to people and the economy?

Toxics in social and economic processes

We also find these in large numbers. Three examples:

Use of armaments risks human lives. In addition to having a deterrent effect on the enemy, it can have deadly consequences on both sides.

Nuclear power generation creates a millennial radiation hazard from nuclear power plants and enriched plutonium. Fukushima, Chernobyl and Harrisburg have shown the acute dangers more than clearly. Uranium-235 has a half-life of 703,800,000 years. Uranium 238 has a half-life of 4.468 billion years. Only through Fukushima did Chancellor Merkel and the government react. Even if some promises were not kept later, such as the running times of German power plants. The other areas mentioned above are highly toxic and require clearer legislation. Both violate the German Basic Law and international law, the UN Charter and the 17 SDGs in too many points. The consistent punishment is missing. We have jurisdictions like the International Criminal Court in The Hague.

It is grotesque that the new EU taxonomy classifies nuclear energy as sustainable. Only the half-life of radiation toxicity is really sustainable.

Substances that are toxic to nature, people and the economy must be expressly prohibited by national and international legislation. Violations will be punished with maximum penalties.

The value accounting reflects the production of toxic substances by the respective producers. Dangerous goods are and remain activated until they are reintegrated into the cycle either naturally or through human-initiated (chemical) processes. The company is fully liable. Not society or the state. Provisions must be made for the known dangers. 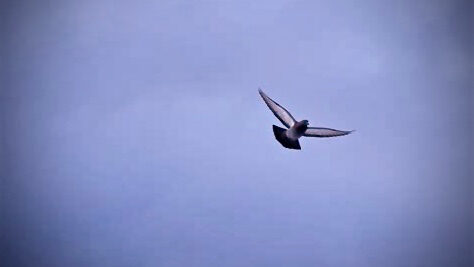